News & Events
You are here: Home1 / News & Events2 / General News3 / How Partnerships Helped Save an Opportunity 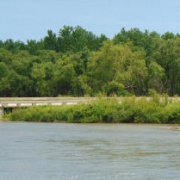 It was March, 2019. The Bomb Cyclone event effectively washed away the Highway 12 Bridge crossing the Niobrara River and Mormon Canal, cutting off access and services to the Village of Niobrara. As an emergency measure, the Nebraska Department of Transportation (NDOT) received the “go ahead” to begin the construction of a temporary river crossing so east-west travelers wouldn’t have to detour about 70 miles. In the rush to get traffic moving again, however, considerations about the importance of public recreational river access were overlooked. If NDOT didn’t include some form of recreational river access in their overall plan, the State was going to loose its only public opportunity to reach the Niobrara River and part of the Missouri National Recreational River system.

It was at this point when the FOMNRR organization and its coalition building skills stepped in. FOMNRR discovered that NDOT had not included public recreational access off of State Highway 12. Prior to the Bomb Cyclone, access to the Niobrara River and Mormon Canal had always been available on State lands overseen by the Nebraska Game and Parks Commission (NGPC). Public access provided opportunities not only for recreational interests such as fishing, waterfowl hunting and kayaking, it also aided tourism business, provided a local cultural identity, and helped provide an overall better quality of life for people of Niobrara and Knox County. During the second half of 2019, FOMNRR took the lead in identifying stakeholders who were willing to use their resources, combine their talents, and contribute solutions to the problem of public access. Agency and stakeholder meetings, workshops, field visits, and outreach efforts were held.

By December, solutions were reached and a strategy was found where excess material used in the temporary bridge crossing could be repurposed and placed as road material to build a new public access to the Mormon Canal from Niobrara State Park. The proposal not only worked for recreational needs, it also created a cost savings to NDOT. To move forward, the agencies involved needed to collaboratively agree to the final development plan. When agency agreements were achieved, dreams became reality! Work on the new public river access, including overlook, parking, interpretive display, canoe/kayak launch and takeout, is almost done and should be opened later 2021. The final product exceeded all expectations. When traveling on Highway 12, just look to the southwest of the new bridge and see for yourself.

FOMNRR would like to thank NGPC, NDOT, State Senator Tim Gragert, the Village of Niobrara, the Ponca Tribe, Santee Sioux Nation, US Army Corp of Engineers, National Park Service, US Fish and Wildlife Service, Ducks Unlimited, Nebraska and South Dakota Canoe and Kayak Associations, local businesses, numerous sporting and fishing groups, and countless others for their involvement. Organizations such as FOMNRR do have important roles they can play. It would be hard to image all of these agencies and interests getting together if it wasn’t for one advocacy group taking the lead. 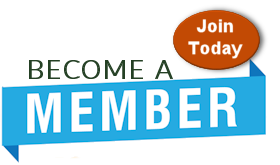 Donate Now
A Seat at the Table

From the Superintendent’s Corner
Scroll to top